Hanna Winery is right in the heart of the Sonoma Valley (California). It’s in this natural paradise between vineyards, fruit trees and land; still preserved from the urbanization that in the 70’s Elias Hanna, a San Franciscan cardiac surgeon decides to buy 5 ha of vines … Several years after, his daughter, Christine Hanna, felt in love with this place and developed Hanna Winery to create one of the main Winery of Sonoma with more than 100ha (250 acres) of vines.

Hanna Winery is located in the middle of Alexander Valley but it also has a foot in Russian River Valley where it’s known to produce Sauvignon Blanc, fresh, fruity and very accessible. But when we dig in a little bite more and we have the chance to meet Jeff Hinchliffe the winemaker who officiates here since 1998; we are then in front of a passionate of other grape varieties beside the unavoidable Californian “Cab”. Jeff will tell you stories about Malbec but also the almost unknown and forgotten grape varieties like Saint Macaire …

Jeff Hinchliffe talk about is passion for Malbec 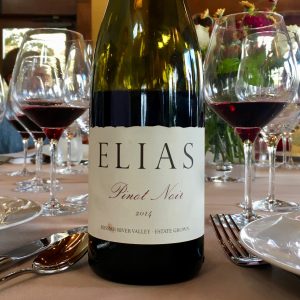 Elias Russian River Valley Pinot Noir 2014
Complex Pinot Noir blending aromas of herbs and spices such as white pepper and dark chocolate also accompanied by ripe, juicy fruit such as strawberry and raspberry. On the palate the power is combined with a very fruity and supple finish. 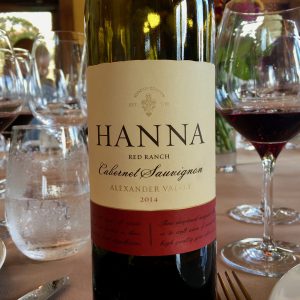 Hanna Alexander Valley Cabernet Sauvignon 2014
Many spices also in this Cabernet Sauvignon, between roasting coffee, chocolate, a nose that reminds me of freshly waxed furniture. A big aromatic and a powerful body at the beginning and a more discreet finish.

Because you are a stranger in a strange land, as far as I know we are all lost somewhere. ------ Brand Ambassador pour un magnifique Cahors nommé Crocus X Expat en Californie au milieu de la Russian River Valley X Blogueuse since 2010 plus

This site uses Akismet to reduce spam. Learn how your comment data is processed.

Easter is the first good reason of the year to eat chocolate without feeling too guilty. Christmas and the holiday season seem to have…